A little less than a month remained until Severina's big regional tour 'The Magic Tour' and a concert in her native Split, which started a 'fairy tale for the whole family and all generations'. It's no secret that world-class spectacle is being prepared, but what has been kept somewhat secret by now are the names of contributors, who, along with Severina, will be most deserving of the opportunity for the audience to enjoy an unprecedented show in this area.

Choreographer Matic Zadravec has revealed that 16 top professional dancers, along with Severina, who she claims to have an incredible innate talent for dance, rehearse as many as 20 choreographs each day, while light manager Crt Birsa promises that they do everything (light) the show will be world-class.

'' I am extremely proud that both the domestic and the neighbour countries will be able to enjoy the great music spectacle we are preparing. The whole "Magic" tour was designed to Severina's standards, which, if we recall the previous tours, are quite high. It is for this very reason that we, in the very work of Star Production, take a quality approach with the world-leading performers we bring, I am proud to be part of this tour that is a challenge for me, '' said Alen Ključe, Star Production Director and Severina Manager.

Costumes are in charge of one of the best designers in the area, Peter Movrin and Method Cresnar. Peter Movrin is a Slovenian who in his career has had the opportunity to work for big names like McQueen, Miu Miu, Beyonce, Lady Gage…

'' With the costumes Severina will wear on the tour, we celebrate the magical beauty of the woman and the artist. These are contrasts of materials and textures, which under light and certain movements take on new dimensions, reflecting the spirit of modern times and announcing the future. '' - Peter Movrin.

The diamond stage itself, designed by stage designer Greta Godnic, is being made specifically for this tour, and will be accompanied by Severina's band (with Damir Somen and Alenka Milano) and famous musicians names like Ivan Pesut, Ante Gelo and Fedor Boic ...

'' It's a very positive energy on stage, we have a lot of new material to play, new songs ... It's a great honor to work with Severina, because she has so much talent and so many gifts, that it all rings around her ... And she definitely deserves this kind of crème de la crème the team she gathered around her. '' - Damir Somen.

'' It is a great pleasure and an honor to work with all these people who are fantastic in their work. I am also happy that we are leaving my Split and that we will all be there a week before, so that all of us can feel the stage that Greta has designed. Working with such positive people and people who know what they are doing, it is great happiness, pleasure and support ... We can only ask the magic of God to help us and that it will be very good, '' concluded Severina

The tour begins on November 16th in Severina's hometown of Split, after which this magical night continues in other major cities, such as Belgrade on November 23, Zagreb on December 7 and Ljubljana on December 21. 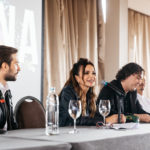 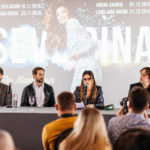 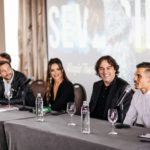 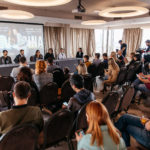